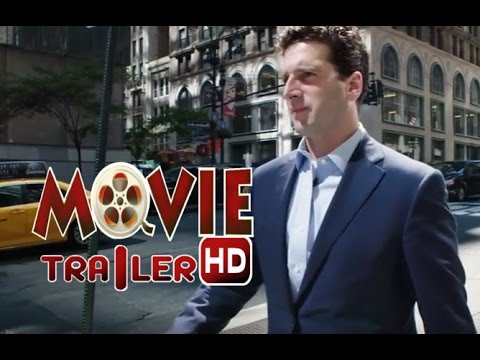 Just how many titles are available on VidAngel?

I became flustered recently when I realized I couldn't trust the categories on VidAngel to reveal all movies to me to reveal which is the most popular right now.
​
I suppose I first realized it when I noticed that the category "Most Popular TV and Movies" suddenly didn't have Dry Bar Comedy episodes showing. I was always impressed with the fact that the DBC episodes were in the upper levels of popularity on the site but the removal makes sense not only because they are episodes of a show and not movies like they were appearing, but also because I believe you can watch these episodes for $1 or something.
​
Next because the category "New On VidAngel" used to have the complete list of movies and now it only has a subsection of occasionally recently released movies on the service. Further the "Recent" filter seems to be a little bit buggy to me.
​
If we take the number of "All Movies" and add "All TV Shows" I would think it would equal the number of entries in "Most Popular TV and Movies".
​
Except we need to minus the list of entries in "Dry Bar Comedy".
​
I have found what all the exceptions to this expectation are:
​
All the below needs to be added to the most-popular-tv-and-movies category.
​
Dr. Dobson: Building a Family Legacy
​
This title is under the documentary category only and should be added to tv shows and most-popular-tv-and-movies.
​
Rachel & the TreeSchoolers
​
This title is under the family-friendly category only and should be added to tv shows and most-popular-tv-and-movies.
​
Life on Bitcoin
My Brother the Time Traveler
The Ride
Tim Timmerman
​
These four titles are in all-movies but need to be added to most-popular-tv-and-movies. These four are all VidAngel-Studios titles.
​
Clint Pulver: Get on Path and On Purpose
Dan Clark: Family Values - Timeless Truths
Hank Smith: Home with Hank
Tiffany Peterson: Success is an Inside Job
Ty Bennett - The Power of Influence: How to Win in the People Business
​
These five titles are in a number of places but are all related to family-night-out. As such they are similar to the dry bar comedy videos. Also the actual family-night-out category only has two of these listed all of FNO should be there. In my opinion since these are so related to DBC I would recommend they be treated the same - don't include them in any of the three big categories. Get FNO out of Most Popular, All Movies, and All TV Shows. Actually some DBC episodes are in All Movies... perhaps a TV show Icon could be made for them
​
This is not the first time the line between TV Show episodes and Movies have been blurred
​
"Sherlock" The Abominable Bride
​
is in this state. Also the serial "Pride and Prejudice" is supposed to be 4 episodes but is instead one long movie. Last time I checked anyway.
​
So anyway that's what needs to change in the VidAngel category system in order for these numbers to add up...
​

Hacker from the 2016 Bitfinex Breach Transfers $21M Worth of Bitcoin to Unknown Wallets On Wednesday morning (ET), around 2,034 BTC ($21.6 million) from the 2016 Bitfinex hack moved into a few ... Banking on Bitcoin es un documental dirigido por Christopher Cannucciari. Año: 2016. Título original: Banking on Bitcoin. Sinopsis: A través de entrevistas con entusiastas y expertos, este documental analiza los orígenes de Bitcoin, su futuro y la tecnología que lo mueve. (FILMAFFINITY) Gambling911.com has your odds to win Best Documentary for the 2016 Oscars. “Amy” was a favorite at -600 to win but, when it comes to Oscar odds, this is in no way a “lock”. Deep Web gives the inside story of one of the the most important and riveting digital crime sagas of the century -- the arrest of Ross William Ulbricht, the convicted 30-year-old entrepreneur accused to be 'Dread Pirate Roberts,' creator and operator of online black market Silk Road.The film explores how the brightest minds and thought leaders behind the Deep Web are now caught in the ... The seemingly underground cryptocurrency gets its big-screen debut in this documentary about the unprecedented ways in which Bitcoin has disrupted global commerce as we know it. 7. Warren Buffett ...

What is in your mind now? LOOK NO FURTHER! If you want us to share with you a passive way of earning an awesome income, please join us now with the link below: Interested to get into the Bitcoin ... Thanks for watching! For donations: Bitcoin - 1CpGMM8Ag8gNYL3FffusVqEBUvHyYenTP8 Donations: 12Epyqc8PHatLvrV4Z3MYGqLSLCGXC5MLH Help improve this translation: Welcome to the Official BBC Documentary Channel, offering audiences epic documentaries that deliver a thought provoking and captivating viewing experience in... Is bitcoin the blueprint for a bankless currency, or the biggest pyramid scheme ever? When the financial world collapsed in 2008, a mysterious genius under t...