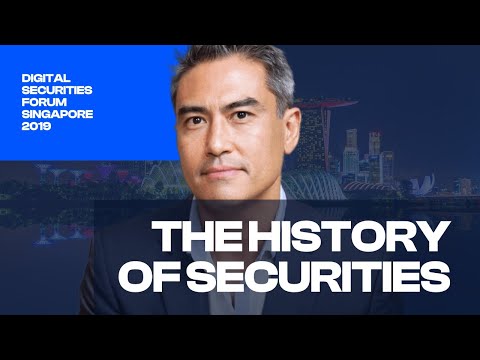 The all-star team of Sentinel Chain
Core Team
Roy Lai is listed as a CEO, CTO, and Founder of Sentinel Chain. Between 1998 and 2012 he has worked for two publicly traded companies. He started his career (according to his Linkedin profile) at the Procter & Gamble where he spent 2 years as a Disaster Recovery Manager. Then he went on with the Integrated Dealer Systems, a computer software firm, as a Solution Architect.
He had worked as a VP, Global Head of Fixed Income Reseach Toolkit at the Royal Bank of Scotland for almost 5 years.
As of his ventures as an entrepreneur, he is a CEO and a co-founder of InfoCorp Technologies, the company behind Sentinel Chain. As it states in their Linkedin, “InfoCorp Technologies is a fintech company that provides the infrastructure to accelerate financial inclusion to unbanked and underserved communities through the use of blockchain technology.” The company was founded in the beginning of 2015.
Lai has 20-year-long experience in the technology sector and payments. He is likewise part of the Singapore University of Social Sciences where he teaches courses on Blockchain Programming and Smart Contracts. He is an all-star leader to the team.
Chi Hock Lai is also part of the foundation team. Most of his professional expertise comes from NTUC Income. The company is in the insurance sector and currently has more than two million customers in Singapore. His 11-year-long roles there vary from User Lead to Head of Digital Office.
Lai also has almost two years at the Government Technology Agency of Singapore. His expertise is in business and technology.
Anson Zeall, another foundation team member, is a co-founder of CoinPip, a blockchain company focused on payments in Southeast Asia. He is the Chairman of Singapore’s Cryptocurrency and Blockchain Industry Association (ACCESS) and a committee member of the Singapore Fintech Association.
Zann Kwan is also part of ACCESS and a committee member of the Singapore Fintech Association. She has experience in finance and investments, with the last 4 years she has been focused on the crypto space. Her carrier started with Arthur Andersen and KPMG and brought her to the Bitcoin Exchange Singapore where she and her team brought the first bitcoin machine to Singapore.
Davi Nguyen works at the Sentinel Chain as a Vietnam country manager. For a year he was a project leader at the VNG Corporation — one of the top Internet companies in Vietnam. Moreover, he was part of YouNet, the second largest internet platform in the country. Nguyen has over ten years’ experience in software development. He is also a lecturer at the Vietnam National University.
Murli Jim, the project director at Sentinel Chain, was a trainee developer at Cognizant Technology Solutions. Currently, he works as a Senior Business Analyst — Payments and Digital Innovation at the United Airlines. Additionally for more than seven years, he was at Tenth Planet Technologies. Jim has an experience in project management and business analysis.
The other project manager Jamuna Devi has a solid background. She had worked at the Allsec Technologies for 10 and a half years as a Team Leader and at the Hewlett Packard for almost 3 years as a People Manager.
Edwan Chiam, business analyst at Sentinel Chain, has a polished background. He was an intern at the NORDAM and CNBC. Likewise, he has an experience as a trade officer at the HSBC and Maybank. The latter being Malaysia’s largest bank by market capitalization and total assets and one of the largest banks in Southeast Asia, with total assets exceeding US$165 billion and having a net profit of US$1.63 billion for 2016. Maybank is also an official partner with Sentinel Chain.
The head of business development, Jackie Tan, is a Ph.D. candidate at the Nanyang Technological University. He is a co-founder of FundMyLife — a platform connecting users with the right financial advisers.
Trung Dinh has a huge experience in mobile application development that completely justifies his role at Sentinel Chain. He has worked for big Vietnamese companies, such as M Service and VNG Corp.
Sentinel Chain’s team has experienced people who are able to execute the main goal of Sentinel Chain — to provide affordable and secure financial services to the unbanked.
Advisors
Moreover, Sentinel Chain has all-star advisors. David Lee Kuo Chuen, Co-Founder at Blockasset, LeftCoast and Professor at Singapore University of Social Sciences, Bo Shen, founding partner of Blockasset and Fenbushi (the first China-based venture capital firm investing exclusively in blockchain), Roland Schwinn, Executive Director at Eurex and Shareholder Director of the Board of Directors at Bombay Stock Exchange (BSE), Zeya Thura Mon, CEO and Group Chairman of RGK + Z&A Group, Diego Zaldivar, CEO & Co-founder at RSK Labs, President & Co-founder at Koibanx, President at Bitcoin Latam and Argentina NGOs, Dr. John Vong, previously a Senior Resident Advisor of United Nations Development Programme and Adjunct Professor at the National University of Singapor, Juanita Woodward, Principal Consultant at CTD Connecting the Dot, Bernardo Corti, lawyer in the South America region and CEO of Cryptologic, and Ian Myles, 15 years in mobile technology.
Investors
The project has received funding from two big venture capital firms — Fenbushi Capital and iGlobePartners.

Singapore-based Bitcoin Exchange launches Bitcoin Vending Machine at Citylink Mall
Singapore, 28 February 2014 – Singapore-based firm Bitcoin Exchange Pte Ltd (“Bitcoin Exchange” or the “Company”) today launched Asia's first Public Bitcoin Vending Machine at Citylink Mall at 1 Raffles Link. The Company is the first operator in Asia for the Lamussu Bitcoin Vending Machine.
The availability of Bitcoin Vending Machines has been making waves globally. This launch is a significant development in Singapore which has a fast-growing Bitcoin community. This will contribute to the growth of merchants accepting bitcoins as a form of payment.
“We are glad to be Asia’s first operator for the Lamassu brand of Bitcoin Machines. This user friendly machine allows bitcoin buyers to convert cash to bitcoins in less than 15 seconds. The Bitcoin community in Singapore is growing rapidly and this math-based currency is an attractive option for e-commerce and storefront shops alike. Bitcoins users do not have to pay financial intermediaries like banks transaction fees. This translate to cost savings for consumers. We are happy to bring this potentially groundbreaking technology to Asia and Singapore,” said Ms Zann Kwan, Executive Director of Bitcoin Exchange.
Located in basement one (#B1-K2) at Citylink Mall, the Bitcoin Vending Machine scans a Bitcoin QR code and send bitcoins to the users Bitcoin wallet, which could be a mobile wallet or a printed paper wallet.
Bitcoin Exchange has plans to install more Bitcoin Vending Machines by the end of 2014 at public venues with high traffic flow.
“We are Bitcoin lovers and truly committed to building up the community in Singapore and the region. Our strategy is therefore to remain independent and place our Bitcoin Machines at public venues to heighten the access of Bitcoins,” added Ms Kwan.
The Company is also exploring opportunities to bring the machines to neighbouring countries in South East Asia.
"Bitcoin price volatility has been high, however as adoption grows and the technology matures, most people expect the price swings to moderate," according to Ms Kwan.
Tonight at 7pm on site, there will be a launch party. The media and public are welcome to try out the machine. The first 50 users will receive S$5 in cash and a paper wallet as a way of introducing Bitcoin to Singapore. For media, please kindly contact Zann Kwan at [email protected] for your attendance.
Zann Kwan, CPA, FCCA, CFA
www.bitcoinATMsg.com
[email protected]
+65 9657 8313

Huge thanks to Zann Kwan, Co-Founder at Bitcoin Exchange, in participating to this! About SHE Blockchainers: SHE Blockchainers Asia is the largest public women in blockchain community in Asia that ... A proper plan of accounting and tax treatment at the first step helps both cryptocurrency startups and funding team to build a more efficient tax structure. We empower all women in blockchain in Asia. Since its launch in 2017, SHE Blockchainers Asia has contributed to raising awareness of blockchain among females in Asia. We've captured our moments in ... Singapore is a great country to live in but there were a few things that would've made my life a little easier, had I known them beforehand. I'm hoping this ... Singapore is one of the best countries in the world/ Lets take a look at it in 4K and learn some interesting facts! #Singapore